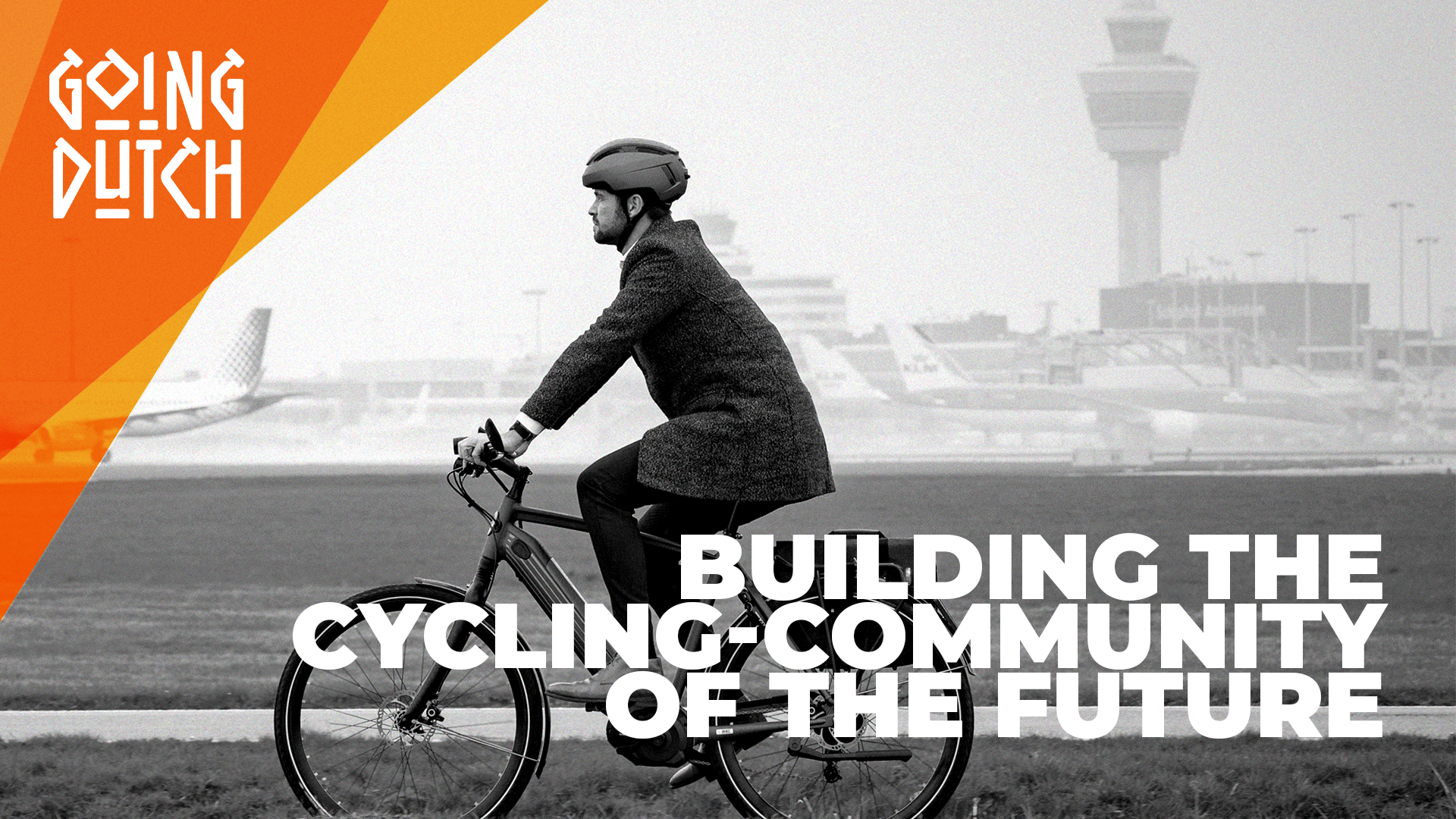 Schiphol, 20 February 2020 – goinGDutch is going to realise further improvements of the reachability and mobility around towns and airport cities under the auspices of the  Ministry of Infrastructure and Water management (I&W). Smart mobility solutions, a progressive technological infrastructure and a powerful biking community are some of the ways in which goinGDutch will create the ultimate bicycle-home-work experience for commuters around busy cities and airports.

goinGDutch is comprised of an ecosystem of four state-of-the-art companies from the public and private sector: Schiphol, BAM Infra, Microsoft and OrangeNXT. “We are using this initiative to combine our strengths in order to add joint value to companies and end-users,” says Johan Winnubst, on behalf of one of the partners of goinGDutch. “Whereas in the past we would all provide a single piece of the puzzle, now we jointly concentrate on the end-result and work together on new concepts and services in which all attention is focussed on the end-user.”

Late last year goinGDutch received a green light  from I&W’s state secretary Stientje van Veldhoven for developing new initiatives aimed at improving reachability and mobility around large cities and around Schiphol Airport. Since then the goinGDutch partners have elaborated a clear vision and strategy, and the first project is about to start very soon.  goinGDutch’s spearhead in this strategy is to offer the ultimate bicycle-home-work experience, aimed at getting commuters to leave their car and use the (electric) bicycle. By means of these actions goinGDutch is reducing the traffic pressure and making commuting into a healthier, safer and easier activity.

A central element in goinGDutch’s approach is the construction of  interactive fast lanes for bicycles  around busy cities and airports. The smart combination of technology and real-time data provides cycling commuters with relevant information and instructions prior to and during their trip. They are informed automatically of the fastest route, the best time to leave home and arrive at work without getting wet, as well as the locations where they can park their (electric) bike safely and, if required, charge it. Ground-breaking developments and smart mobility solutions ensure a safe flow of cyclists, for instance by means of an automatic speed limitation for speed bikes.

To walk the talk, goinGDutch is starting to set up a progressive technological infrastructure at Schiphol Airport called Area30. This test and demo location will act as a showcase for other Dutch cities and international airports. The project’s focus lies on an automatic speed limitation for speed bikes. It is the first step towards better speed regulation on bicycle lanes, with the aim of guaranteeing the safety of all users of this interactive cycling route.

In addition to improving the reachability and mobility around cities and airports, goinGDutch’s solutions also stimulate a fit and healthy life style for commuters. This means that the ecosystem is making a substantial contribution to a fitter professional population while also playing an important role in reducing the Dutch CO2 footprint.